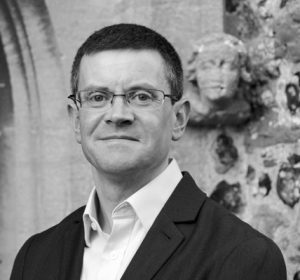 Ashford Choral Society has a proud tradition of performing choral music since 1857 and is one of the oldest such societies in England.

During the period September to May, the society performs some of the major works in the choral repertoire with leading soloists and a professional symphony orchestra.

The Society welcomes new members of all ages and musical abilities – so if you have been thinking about joining a choir, come along to a rehearsal or email Virginia Brown at secretary@ashfordchoral.org.uk. There is no charge for attending two rehearsals and scores will be made available.

Our singers, patrons and audiences come not just from Ashford but from all over the Weald, Romney Marsh and the coastal areas, so do come and join us.

After one of the longest breaks in the Society’s history, including the two world wars, we return on September 7th to rehearsals for a full concert programme.

The first major work of the new Season is Haydn’s so-called “Nelson Mass”. Haydn actually titled his work “Missa in Angustiis” – a Mass for troubled times. This might be thought appropriate for the times we have just lived through.

The Mass will be performed alongside two of Handel’s joyous Coronation Anthems and Pergolesi’s Magnificat. We will then rehearse for our beloved traditional December carol concert, in aid of Charities – hoping to make up for no Christmas carols last year!

Those who were existing members in 2019–20 will be entitled to renew their membership for the 2021–22 season at £76 – which provides compensation for the lost months of their full subscription for that season.

For new members joining from September 2021, the annual subscription is £96 – under 25s join for free.

The Society takes the safety of its singers and audience very seriously and everything will be done to ensure all necessary Covid mitigation measures are in place.

Ashford Choral Society is a member of the National Association of Choirs and the Ashford Federation of Arts.